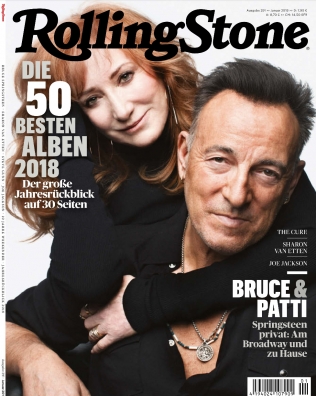 Rolling Stone magazine is a music magazine that has been published monthly in Germany since 1994 – initially in a separate publishing house and today by Axel Springer. The American mother edition has been on the market since 1967. Her editor-in-chief since 2012 is Sebastian Zabel.

As the name suggests, the magazine Rolling Stone deals with rock music and pop culture. The articles inform you about new albums and give you insights into the private lives of the stars. Of great importance for the magazine are detailed interviews with musicians, songwriters and composers. Also German-speaking interpreters appear in the coverage of the music magazine. Other articles in recent editions have dealt with extraordinary venues such as church buildings and bizarre events of the 1980s.

Political articles do not play the same role for the German edition of the Rolling Stone magazine as they do for the American mother magazine, whose political reporting sometimes provokes debate and furor worldwide. Nevertheless, they occur and invite you to grapple with the opinion of the editors. In the cultural section, the presentation of major music festivals is one of the core themes, with the articles also providing valuable travel tips for the festival visit. Do not miss the Rolling Stone subscription. As a fan of rock and pop music you should not miss out on the cheap Rolling Stone subscription and quickly order your music magazine.